Wandering through the by-lanes of towns and villages in the Konkan during Archaeological Explorations one comes across some truly unique and beautiful gems. These are often not just palaces or archaeological monuments but small quaint pieces of the heritage of the Konkan, its people and its foods. One such gem I stumbled across in the small town of Revdanda (17 km south of Alibaug), erstwhile Portuguese fortress and home to one of the oldest Bene Israeli synagogues whilst doing a quick field trip in search of Bene Israeli remains with my wife Rhea and my student Raamesh.

Searching for the synagogue we parked at the mouth of the lane leading to it and as we stepped out from the car in front of us was a chikki shop with a name I had never encountered before. Intrigued I went in to find an old gentleman selling squares of chikki and fudge. 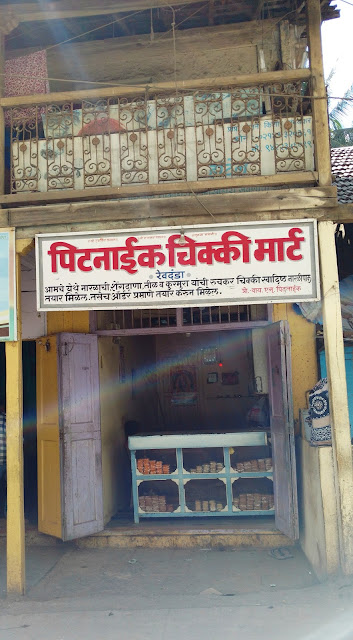 Chikki is a very Indian version of brittle, the main difference is that whilst brittle has a few nuts or butterscotch in it chikki is mainly nuts held together with a caramelised jaggery. Whilst the most common chikki has either whole or crushed peanuts in it there are many other variants. Common variants include roasted gram (chana), shredded coconut (khopra), amaranth (rajgira) and toasted sesame seeds (til).

Pitnaik's had crushed peanut chikki, sesame seed chikki, shredded coconut chikki and squares of coconut fudge (khopra paak) white and a ghastly orange. You can see some of these squares in the pic below, each square was priced at the princely sum of Rs 5/- (less than 8 cents US!). There was just one packet of the uncoloured fudge which I promptly ate thus no pic of the same.I refused to buy the violently coloured one. 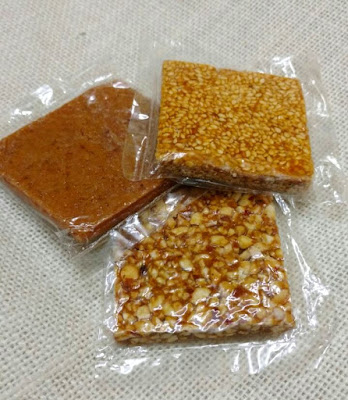 I have been to Revdanda probably 20 times if not more I wonder how I missed this little shop all these years. Had it not been for our quest for the Bene Israeli synagogue we'd never have found this gem. The chikkis were really nice and I will drop by next time I am there and recommend the same to all of you travelling the Konkan, these little businesses need all the help they can get.

Revdanda Fort is a true wonder of colonial fortifications with hidden facets peeping out from under creepers and vines and there is an absolutely fabulous beach hiding here. Across the Kundalika River is the Fort of Korlai which gaurds the mouth to the river alongside the Revdanda Fort and it has spectacular views of the sea and Revdanda. Revdanda lies on the route from Alibaug to Murud and makes for a great stopover.
Posted by Kurush F Dalal at 11:22 PM 4 comments:

The Emancipation of Parvati Kadam

Parvati Kadam was affectionately known as my mother's dowry. As a very young bride she came down to Mumbai to live with her (much older) husband who worked in the BPT.  She was trained by my maternal grandmother in her Bandra kitchen ... on wood, coal, kerosene wick, kerosene pump and gas stoves ... a skill set almost completely missing today. She would cook, clean and feed my gran's entire household and was soon a master of Parsi cuisine.


When my Mum married my Dad and moved to VT in 1968 she came along to help Mum and stayed on for the next 25 years. She was almost a second mum to me, she doted on me and packed my lunch and on rare days even came over to drop me to school. But this is not about how she took care of me but about how she ultimately took care of her own demons.

Very often she would come home to work in the mornings with a swollen face, black-eye or bruised arms. When I asked her she would say she had fallen at home. My mum used to get incredibly worked up and would tell her not to put up with this but to make a Police complaint and that mum would stand by her. Mr Kadam a by and large nice gent used to get a bit drunk once in a while and on those days he'd come home and toss her around. After much screaming by my mum she'd quietly reply that it was okay after all he was her 'maalak' (Marathi term for husband whose literal translation is owner)! This would incense my mother even more.

Over the years the beatings seemed to lessen especially as Mum had started her catering business (KFD Caterers) and Parvati was her strong right arm and Chief Cook. She was bringing home the bacon in sizable chunks.


Then one day Mr Kadam came to see my mum he must have been in his early 60s and he looked much the worse for the wear ... swollen faced he requested my mother to speak to Parvati. When my mother asked him to clarify he said she had been coming home and once a while whaling the tar out of him! He was most embarrassed at what the neighbours were saying about a wife beating her husband.

The back story to this was that as she got a little longer in the tooth and the business scaled up there would often be late night after late night with catering for 500 to a 1000 persons each day. At the end of the day there would be a tired lot of kitchen staff that would send out for something to fortify themselves with and the tipple of choice was Doctor Brandy. A couple of nips and she would go home by cab (courtesy Mum) ... and on arrival sometimes give it back to her husband with full interest. 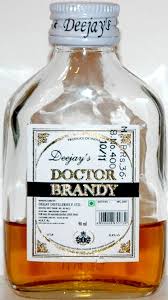 My mother was least sympathetic and chortled with glee ... when she had finished laughing she told him it was simply payback for all he had done and that as a good Indian he should think of this as his karma.

On this 'Women's Day' I cant think of a better memory.

Thank you Parvati for all your love and care.