Yesterday was perhaps a landmark day in the history of Food Blogging in Mumbai, 20 food bloggers from the Mumbai Food Bloggers group (on FB) and a guest food blogger from Delhi got together to discuss issues related to food blogging and to generally meet up and have a good time. Only time will really tell how important this event was. I personally think we'll be looking back at this as either as yet another good idea that didn't pan out or as the beginning of a damn good thing. 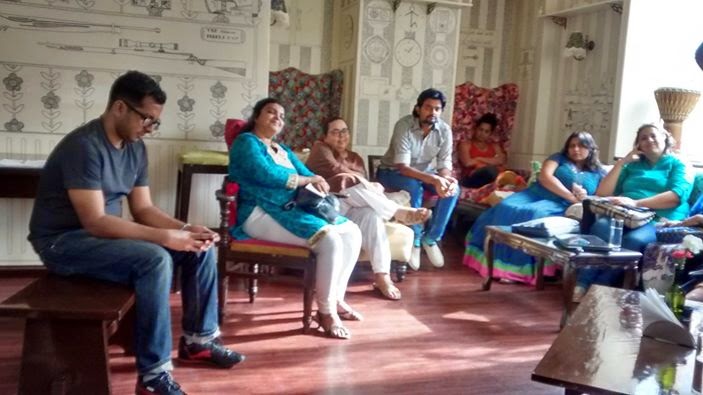 The event was spearheaded by Kalyan Karmakar and he set up the venue too. The venue was the Dining Room at the Smokehouse Deli (SHD) at Ambedkar Rd, Bandra. We were meant to meet from 4 to 7pm but as usual the meeting went on a bit and we only wrapped up at half past seven. 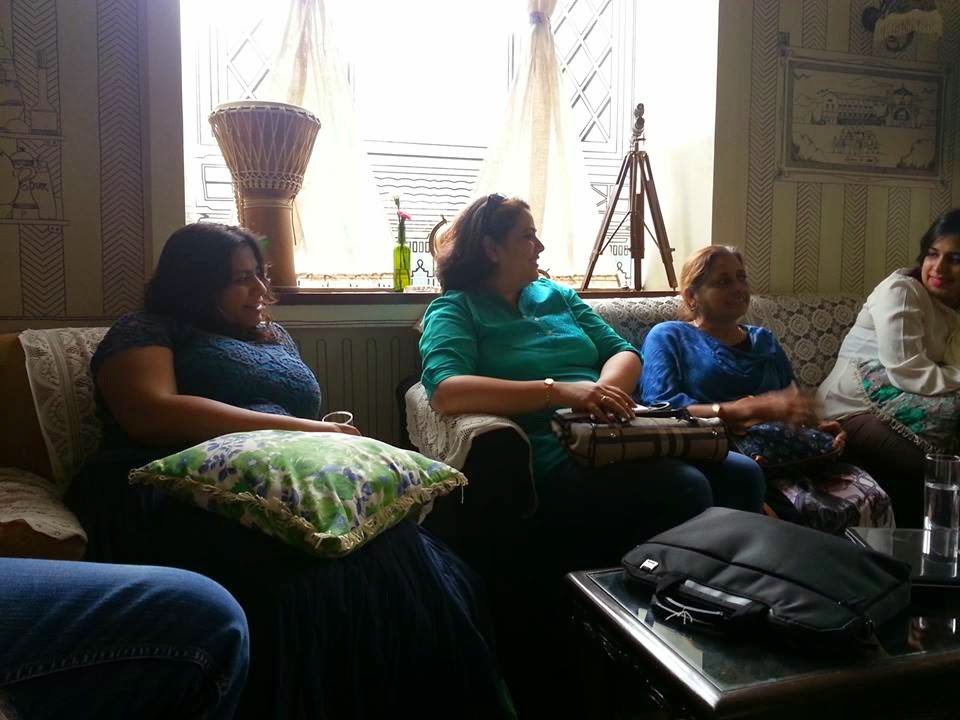 Kalyan took over the post of MC and kicked off the meet with a round of introductions optimistically thinking it would take half an hour ... what started of was a very enlightening introduction to the various members, their blogs and their personalities ... and ended up taking an hour and a half! 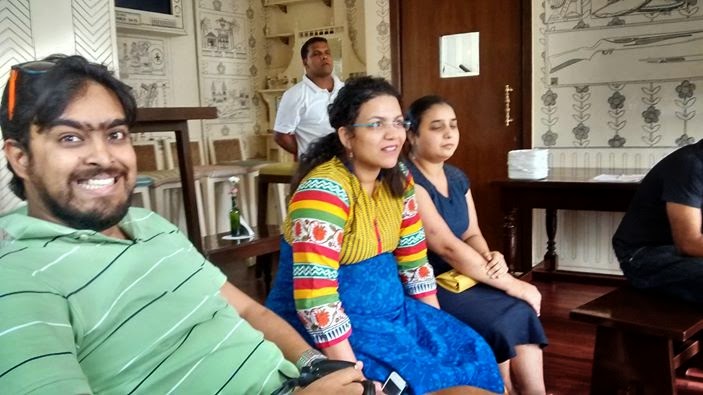 We took a small break for some really yummy snacks that the SHD folks had put together for us - really nice slices of beef 'n' mustard, pulled chicken, veg and cheese sandwiches, a really nice corn mushroom cheese and chicken pie, and, a veg and mayo disk. For our Vegan member they taken special care to make sandwiches and a truly awesome mushroom crostini (sans cheese).

The serious discussion started thereafter. There were a number of issues discussed and there were a surprising number of solutions readily on offer by senior bloggers like Rushina Munshaw-Ghildiyal, Nikhil Merchant, Kalyan Karmakar and Rhea Mitra-Dalal. An interesting thing that came of the discussions was that many of the bloggers wanted serios help in understanding and implementing SEO; in fine tuning their blogs i.e. a Dummies Guide to Blogger or Wordpress; and in strengthening their photography skills. The outcome of this was a decision to start a series of mini-workshops to address these issues. Either by fellow bloggers who were really good at this or by professionals. 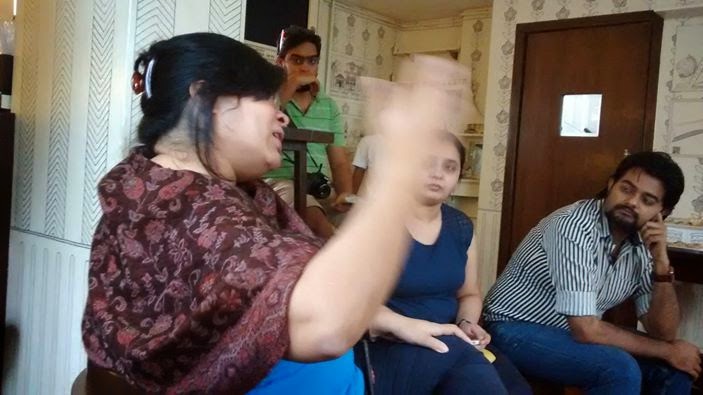 The members at the meet also talked in great detail of a dark area in blogging that has been on the minds of many bloggers as of late - the lack of blogging ethics amongst some newer bloggers in the recent past. This dark area was discussed in detail and in a rather mature and almost fatalistic manner. The interesting outcome of this debate was a possible group dialogue on 'blogger ethic' in the near future.

The meet finally came to an end with a decision to meet up on a regular basis every three months with a specific topic in mind and to enlarge the scope of the meeting by roping in like minded bloggers.

A very satisfying end to a lovely meeting with a group pic rounded up the evening. 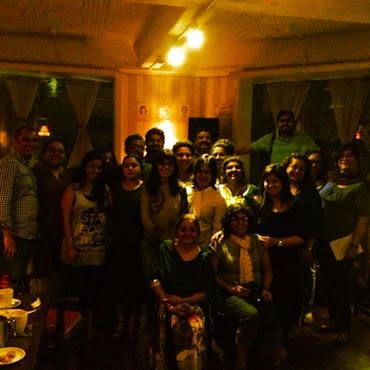 Our Guest:
Rekha Kakkar of www.mytastycurry.com

There's this fad about the Top 10 Books you have read and its been doing the rounds for some time now. A number of my friends and students have nominated me to take up the gauntlet and here's my take on it ... first off I don't think I'll ever be able to do just a a top 10, secondly I think this changes as time passes and thus is an ever evolving list (if at all) ... the books I would have chosen at 20 won't all make it to my list at 30 and so on and so forth. Also fiction and non-fiction perhaps deserve separate lists (though its increasingly difficult to differentiate between the two these days ;) ) ... so here are two lists. 1 Fiction and 2 Non Fiction and they contain either my favourite Author/Series/Standalone book.

List 1.
1. Enid Blyton, esp the Famous Five and the Five Find-outers and Dog series
2. Louis L'amour, for making me love the American West with a passion that has made me a black coffee addict - hotter than hell, blacker than sin and hot enough to float a horseshoe

3. The Godfather by Mario Puzo, a seminal read it made the Cosa Nostra look good! It also gave me the phrase 'to make an offer one can't refuse'.
4. Isaac Asimov's Foundation series, for telling it like no one else before him.
5. Frank Herbert's Dune series for an imagination that rocked my universe.
6. Georgette Heyer's, Regency Romances and Historicals for taking me to a world I would have loved to live in, for the sheer sensuousness of writing style and for her wit!
7.  George MacDonald Fraser's, The Flashman Papers, for making me love a bounder and a cad, for teaching me about British India from the jaundiced viewpoint of a British scoundrel. How these books have escaped being banned by the Right wing is a mystery to me.
8. Eric Flint's entire 1631 saga - alternate history like it's never been and will never be.  I hope I live to see it finish
9. Robert Jordan's, Wheel of Time - A story of growing up. A story of truths and more truths some happy some sad some downright unpalatable. For teaching me that "Death is lighter than a feather, duty heavier than a mountain".
10 JRR Tolkein's Lord of the Rings Trilogy and his Silmarillion, truly the English speaking world is divided between those who have read Tolkein and those who are going to read Tolkein. The Trilogy for instilling hope. The Silmarillion for teaching me the meaning of scope. 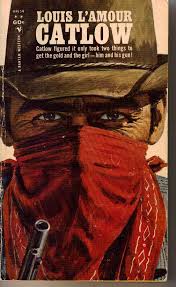 (pic from the internet http://www.booksloveme.com/wp-content/uploads/2012/10/invisiblethief.jpg)


List 2.
1. Amlananda Ghosh's Encyclopedia of Indian Archaeology (2 Vols), for sheer scope and volume.
2. Allchin and Allchin's Rise and fall of Civilisation in India and Pakistan and for being my friend throough my MA and for many years after that.
3.Ancient Indian Architecture - A. Percy Brown's Architecture of India (Buddhist Hindu and Jain), B. Benjamin Rowland's Architecture of India and C. Christofer Tadgell's Indian Architecture, for teaching me about the Architecture of Ancient, Medieval and Modern India.
4. Gregory Possehl's edited volumes on the Harappan Civilisation,  for showing me a different side of academia, taking me back 6000years and teaching me what an editor can do.
5. VV Mirashi's Inscriptions of the Shilaharas (CII Vol 6), for teaching me something new on every reading, for teaching me that its never over, for teaching me that you can teach an old dog new tricks.
6. Colin Renfrew and Paul Bahn's Archaeology: Theory and Methods,  for being the basic foundation of my archaeological skills (along with Sharer and Ashmore's Fundamentals of Archaeology)
7. Sir Robert Eric Mortimer Wheeler's autobiography Still Digging, what can I say but that one has to read it to read about a complete life!
8. PaulBahn's Bluffer's Guide to Archaeology,  for showing me the lighter side (along with his follow up Disgraceful Archaeology with Bill Tidy) of Archaeology.
9. Subbaiah's PhD Thesis (unpublished at Deccan College) Archaeology of Cuddapah District for showing me what one man alone can accomplish if he sets his mind to it.
10. AL Basham's The Wonder that was India, you may call it dated, you may say it has a leftist mindset, I don't care, this is the book that started it all off for me and will always hold a soft spot in my heart!

(The BVB vols deserve an honourable mention, as does DD Kosambi) 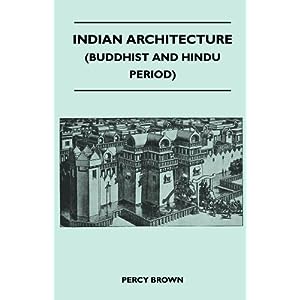 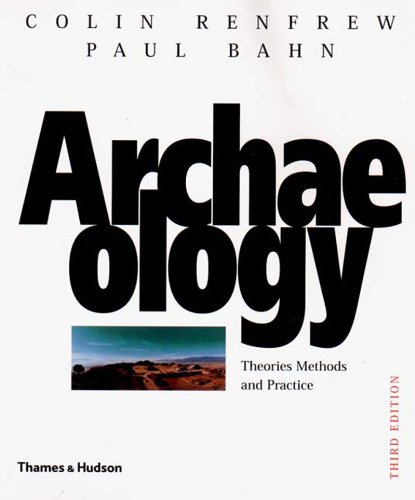